Home / talkingfashion / From Catholicism to Couture: The Fashion Cross

From Catholicism to Couture: The Fashion Cross

Fashion is like a religion for some, so it is only customary that it finds inspiration in true religious symbols. Moving away from its original use as a Christian icon, the cross has now made its mark in the couture world. The “fashion cross” is definitely not a new phenomenon, but people now more than ever are wearing it purely for aesthetic purposes. Starting in the ‘80s, the popularity of this symbol as an figure in the fashion industry exploded as the punk movement made controversial pieces cornerstones in their style. If you have ever seen pop culture and haute couture icons Madonna or Lady Gaga on stage, you have definitely seen this trend on display. The cross has been referred to as the “ultimate shape”; whether they are used in a true religious context or not, their wearers seem to be fascinated with the object’s spiritualism. This symbol can be worn to make a statement that is thought provoking or even to express artistic interest. Bolder variations are a hit with rappers and performers alike, and they prefer to wear them covered in diamonds. Crosses are commonly seen on necklaces and rings, while also being the inspiration for thousands of clothing designs worn by everyone from celebrities to your favorite street style aficionados.

Nevertheless, there are those who are religious and choose not to wear the symbol, while there are other that don’t wear it simply because they fear it would be offensive. In the wake of this year’s Met Gala, an event whose entire theme was based upon the intermingling of Catholicism and fashion, brought this conversation of right and wrong to the forefront. This fundraising affair for the museum saw the artists from all mediums step out in cross-covered ensembles from Versace to McQueen. There were even over 50 pieces given directly from the Vatican for the exhibit that went hand in hand with the religious theme. 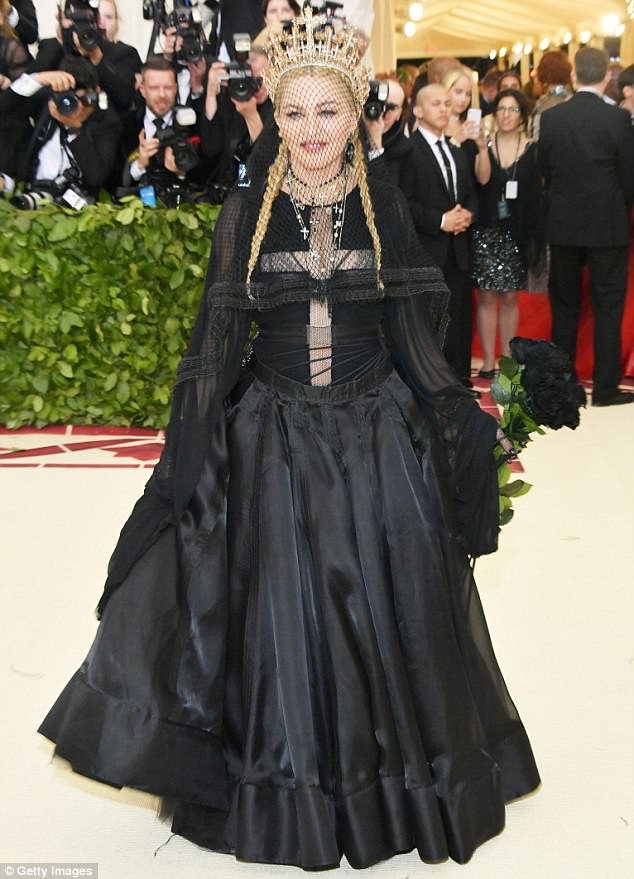 Madonna in her element at the 2018 Met Gala

Despite the controversy surrounding the use of religious motifs for fashion contexts, it is obvious that the past few decades have changed the standards regarding what is fair game in the world of trends. Head over to our collection and find a wide array of cross accessories that are sure to add some flair to any outfit!