Few designers have made a mark on the industry as emblematic and widespread as Karl Lagerfeld, the mastermind behind the house of Chanel and a close friend of all of fashion’s finest. Here at Talkingfashion, great sorrow has been felt in mourning this iconic mogul since his passing on Tuesday morning, just before his final collection with Fendi made its way down the London runway. This creative mind has worked for some of the most well-known fashion houses in the world in addition to founding his own namesake brand in the midst of it all; as one of the first freelancers in the industry, he has worked for brands in France, Italy, England, Germany, and more. The designer singlehanded breathed new life back into the Chanel brand in 1983, making it one of the most iconic fashion houses in the history of haute couture. His eye for the unordinary and affinity for art allowed him to reimagine the fashion show as a boundless concept, supersizing and minimizing it as he saw fit with no regard for outside critique. Though we all know him as one of the most prominent faces in fashion, there is more to Lagerfeld than meets the eye. In celebration of his long and runway-ready life, read on to see if you knew about any of these Lagerfeld legends!

His cat, Choupette, is the heir to his wealth.

Lagerfeld’s beloved white Siamese cat, Choupette, has taken the world by storm since she was gifted to him in 2011 by model Baptiste Giabiconi. The public was almost as stunned by her as Lagerfeld was; at one point, the beloved designer even claimed that he wanted to marry her!

He was team Coke.

As the age old question goes: Coke or Pepsi? Lagerfeld's answer? Coke every time. He allegedly was so addicted to the product, he once exclaimed: “I drink Diet Coke from the minute I get up to the minute I go to bed. I can even drink it in the middle of the night, and I can sleep. I don’t drink coffee, I don’t drink tea, I drink nothing else.”

His ponytail was over 30 years in the making. 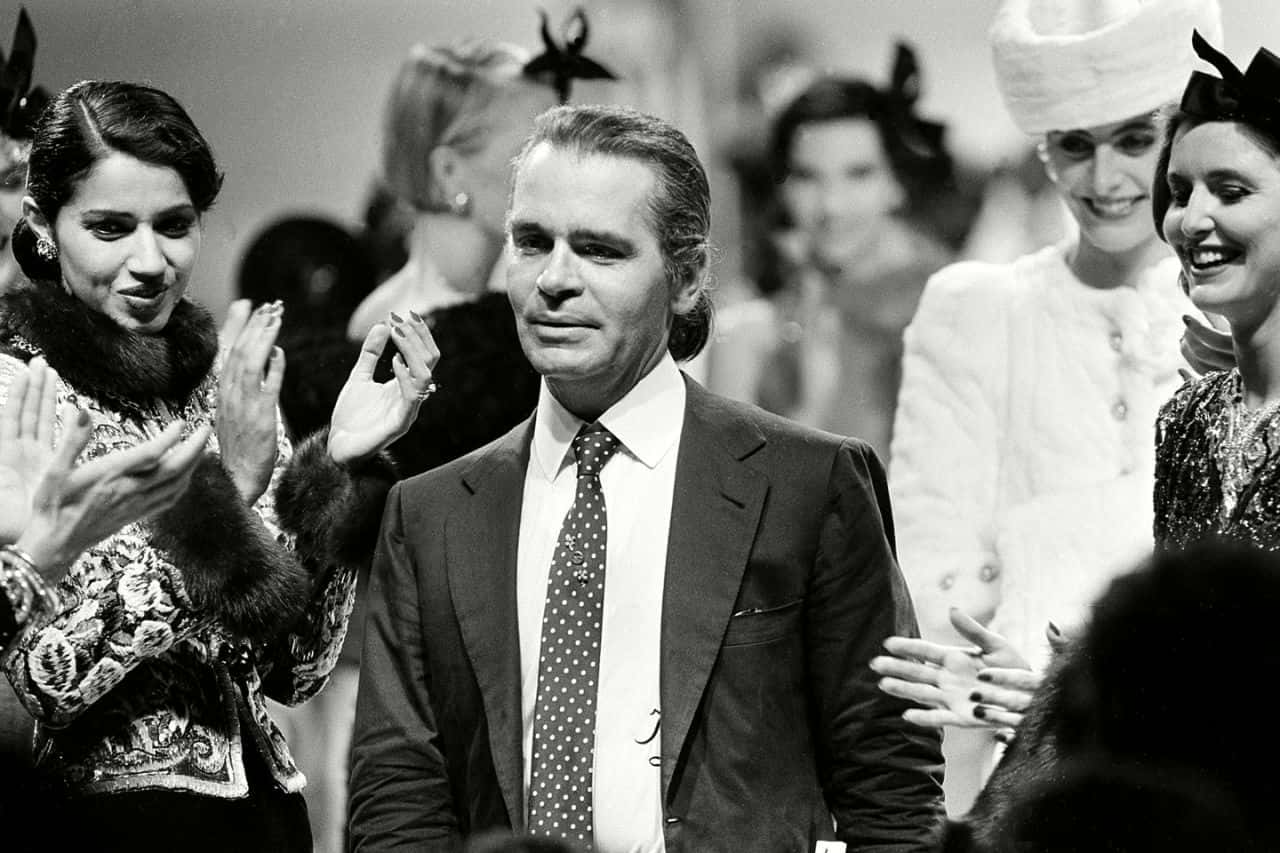 One prominent feature of every Lagerfeld look was his signature ponytail; when the designer decided that he was tired of taming his long, curly hair, he pulled it back into its first ponytail in 1976 and the rest is history. He hated hair products and exclusively used Klorane dry shampoo to tame his silver locks.

He changed his name to fit the industry.

When Karl Otto Lagerfeldt first became a pioneer in fashion, he dropped the “t” from the end of his last name in order to make it have a more "commercial" sound. This set the tone for the rest of his life as he was constantly reinventing himself and the industry.

He used eyeshadow to create his sketches. 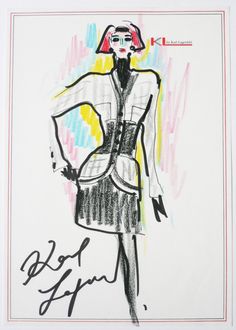 Staying true to his unconventional ways, Lagerfeld had been using pressed eyeshadows by Shu Uemura for over 20 years in his design sketches. The designer and brand shared a mutual love and he even had a custom shade of red created for his use.

He had an obsession with rings.

Lagerfeld was commonly seen out and about with a multitude of rings stacked on every finger, upping his glamorous and over-the-top style in a subtle manner. He loved the accessory so much that he even released his own line of engagement rings!

We hope that these small bits of fun from his long and colorful life bring you joy in a time when it seems fleeting. We thank Lagerfeld for transforming the industry into the thriving market it is today because, without him, we would not have the iconic Chanel logo or countless beauty collections to reflect upon.

For more facts about Lagerfeld's life and a timeline of his career, check out this article from Fascinate.