The Master of Bias: Charles Kleibacker

Though there have been many iconic designers in the past century that have made a substantial mark on the fashion world, Charles Kleibacker may be the most enigmatic. Born in 1921 in Alabama, this American creator earned his nickname “Master of Bias” because of his affinity for complex gown designs involving cuts diagonal to the weave. Despite his iconic status in the fashion world, Kleibacker wasn’t always so well versed in the industry; he attended the University of Notre Dame and majored in journalism, which lead him to attend New York University for his graduate studies. 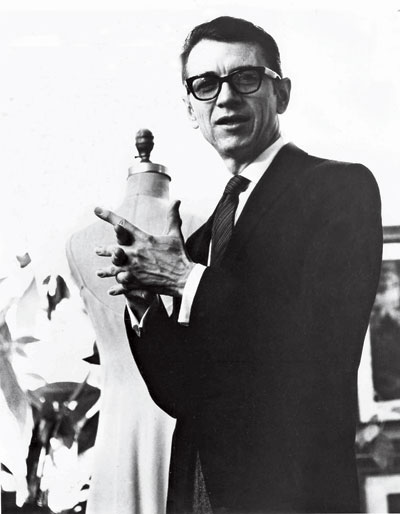 He eventually relocated to California and met singer Hildegarde in San Francisco after running into one other in the same hotel. His large station wagon landed him a job as her driver and he toted around her and her entourage on tour all around the globe. It was in Europe when he finally realized his love for fashion after meeting a multitude of fashion designers through Hildegarde. His interest was piqued while in the offices of Christian Dior, and this prompted him to submit a set of early designs that earned him a spot at Lanvin in 1954. He worked there for three years and promptly returned to New York to work for Nettie Rosenstein, on the most highly regarded American fashion designers of her time. 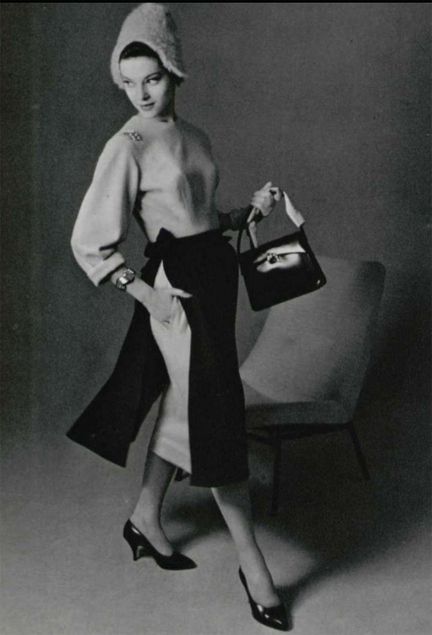 In 1959, he moved out of the shadow of others and into his own light when he began designing his own collection out of his brownstone in the Upper West Side. The line was a huge success and by the mid ‘60s, he was creating pieces for some of the most exclusive luxury clothiers including Henri Bendel and Bergdof Goodman. His trademarks were silk and wool crepe and of course, the bias cut; this special practice created designs that had a true cut look, not one that appeared stamped out.

After his great success in New York, Kleibacker came to Ohio and became a Designer- in- Residence at The Ohio State University’s Costume and Textiles Collection. His work was a part of a 2005 exhibit there in the College of Human Ecology. He then became an adjunct curator of design at the Columbus Museum of Art and organized multiple fashion related exhibits. He remained there until the time of his death in 2010, when he passed away due pneumonia at 88 years old. Our very own CEO had the pleasure of working closely with him on multiple local fashion shows and events, making him also a close companion of our brand here at TalkingFashion. As an amazing designer so close to our home office, we felt it would only be appropriate to celebrate his wonderful life; one with a nickname like “Master of Bias” is hard to forget.