From the eye catching metallic jumpsuits of the ‘70s to the glimmering casings of the latest iPhones, metal motifs have been loved for decades across all art mediums. As we have learned by seeing all of our mother’s fashions cycle through popular revivals, the metallic trend has come in and out of the style again and again. Though there was some metallic glamour seen in the 1930s and 40s, it wasn’t until later in the century that this style truly began to shine. Starting in the 1970s, metal moved into fashion as the disco era was in full swing; in order to shine bright under disco lights, colorful metallic clothing and accessories were essential. ABBA blazed the trail with their shimmery looks and glittering performances, but this journey was stopped short before the end of the following decade when neon in the ‘80s prevailed. 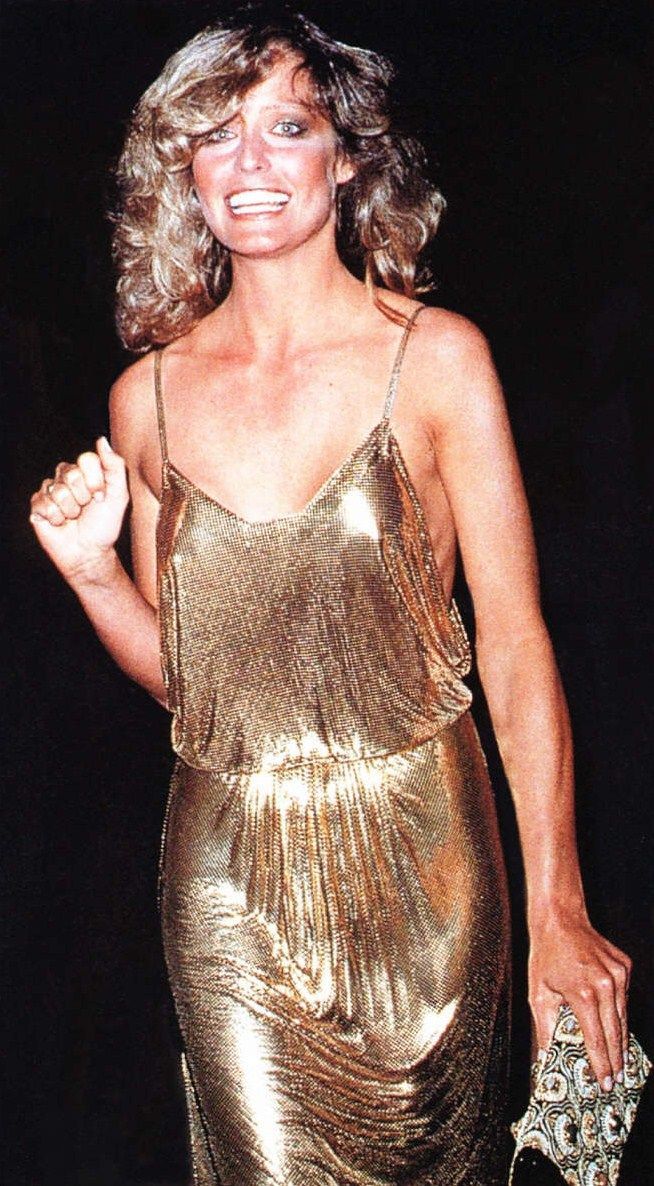 Farrah Fawcett sporting a gold dress in the 1970s

As grungier, minimalist styles proved themselves to be on trend in the ‘90s, the early 2000s left that minimalism behind and headed towards a shining future. Both silver and gold aesthetics were the “it” styles both on the runway and in the jewelry industry. This boom happened once again in 2013 when heavy metal saturated Ready to Wear collections across the globe from Balmain to Gucci. Every color could be seen with a metallic sheen and this aesthetic was applied to everything from belts to pantsuits. Once again, we see have this metal obsession come back into the light as these shiny styles dazzled on runway all over the world this past fall. As the trend has evolved, it is considered perfect for spring and summer looks that are fit to sparkle under the sun. But don’t think that these metal hues are just for the warm weather months; implementing darker metallic shades into a fall and winter outfit can elevate any chic cold-weather look. New Years Eve is the best time to shine and if you're looking to emulate the Times Square Ball, check out our collection for some time stopping metallic pieces perfect for any end of year celebration!